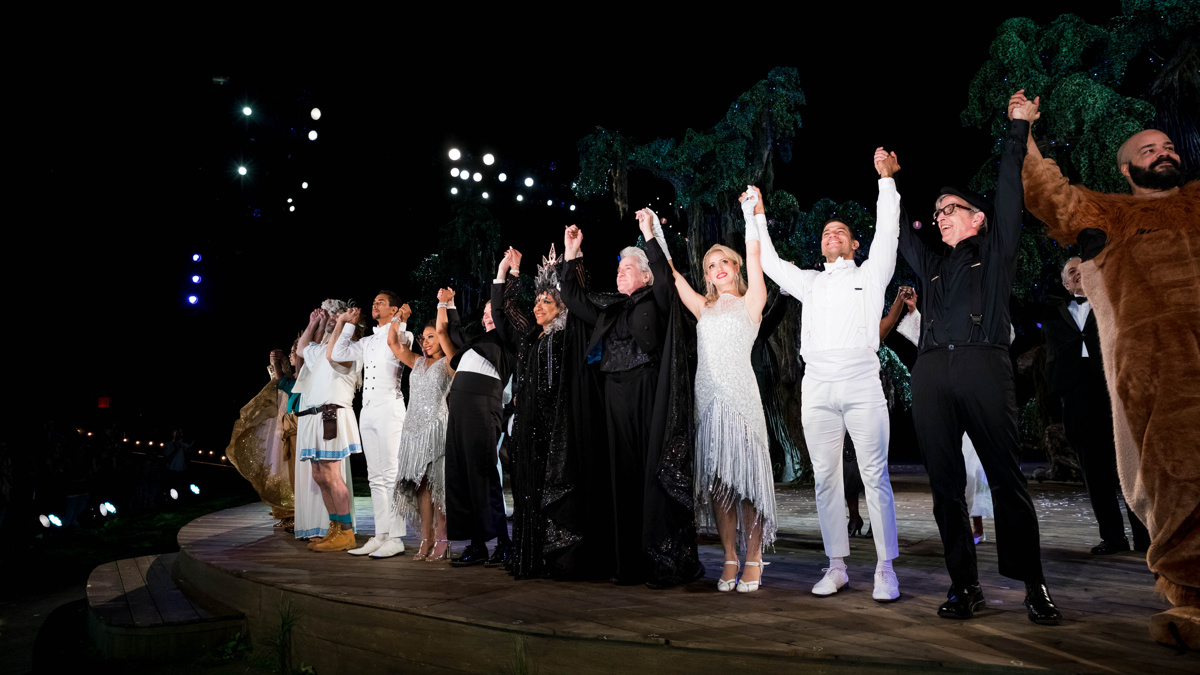 Shakespeare in the Park is one of New York City’s great theatrical traditions, and this summer marks 60 years of vibrant productions bowing at the Delacorte Theater. Audiences have flocked to the heart of Central Park to see greats like Meryl Streep, Denzel Washington, Al Pacino, Morgan Freeman and many more. On a recent episode of The Broadway Show with Tamsen Fadal, correspondent Perry Sook to a trip to the storied site to learn about its legacy and the current Public Works production of As You Like It, a return engagement of Shaina Taub and Laurie Woolery’s acclaimed 2017 staging.

Sook spoke with Woolery, who also serves as the Director of Public Works, about participating in this treasured tradition. “Never in my wildest dreams did I think I would be directing a play on the Delacorte stage,” she said. “I remember coming here in my early twenties and waiting in line and having the whole Delacorte experience. Public Works in itself is this amazing program within the Public Theater. For our community members to be on stage where all the greats have performed—to be a part of that legacy is such an honor. New York will see itself reflected. One thing Joseph Papp always said is, ‘I want to see the subway reflected on the stage of the Delacorte Theater.’ I can guarantee you, with As You Like It, you will absolutely see that. I truly feel that Shakespeare, if he was alive today and was standing across from me as my collaborator, this would be his As You Like It.”

Watch the full video below, and head here to check your local listings for The Broadway Show. Hosted by Emmy-winning anchor Tamsen Fadal, it is the only nationally syndicated weekly theater news program.