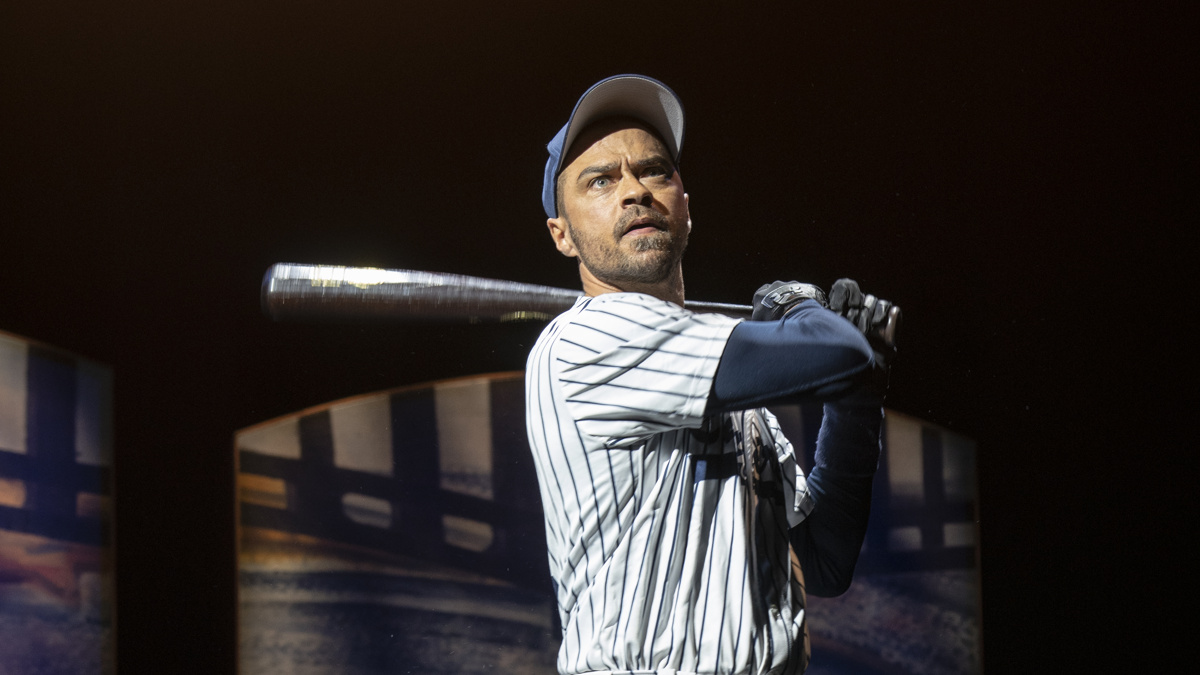 The revival of Richard Greenberg’s Take Me Out, starring Jesse Williams is the first Broadway staging of the Pulitzer Prize-winning play since its premiere in 2003. Williams, a TV fan-favorite for his performance as Dr. Jackson Avery on Grey’s Anatomy, is making his Broadway debut in the role of star center fielder Darren Lemming. “I’m having fun. I try to turn any nervousness into excitement and anticipation,” he told Broadway.com Editor-in-Chief Paul Wontorek on The Broadway Show with Tamsen Fadal. “We are all on that high wire together. The slightest gust of wind, the slightest misplacement can throw the whole thing off, so we have to constantly have our muscles activated. You don’t get to rest in off-camera work. Everybody’s in full tilt, 360 degrees, available, and that’s taken some learning.”

“Richard [Greenberg] is very specific in his language. Every syllable is there for a reason,” Williams says of the play, which follows a star athlete who reveals he is gay and faces a barrage of long-held, unspoken prejudices. “He doesn’t do anything differently; it’s everybody else’s projection onto him as to what they think that means or what I think that you think that that means—that speaks to the fragility in what we consider heteronormative masculinity and the performative quality of it. A lot of the straight players on the team feel like they’ve lost by me coming out. My presence now has made it difficult for [the other players] to be playful anymore because they have to overcompensate to prove that they’re not me for some silly reason that is deeply entrenched in American masculinity.”

See Williams in Take Me Out at the Helen Hayes Theatre, and watch the interview below, and head here to check your local listings for The Broadway Show. Hosted by Emmy-winning anchor Tamsen Fadal, it is the only nationally syndicated weekly theater news program.