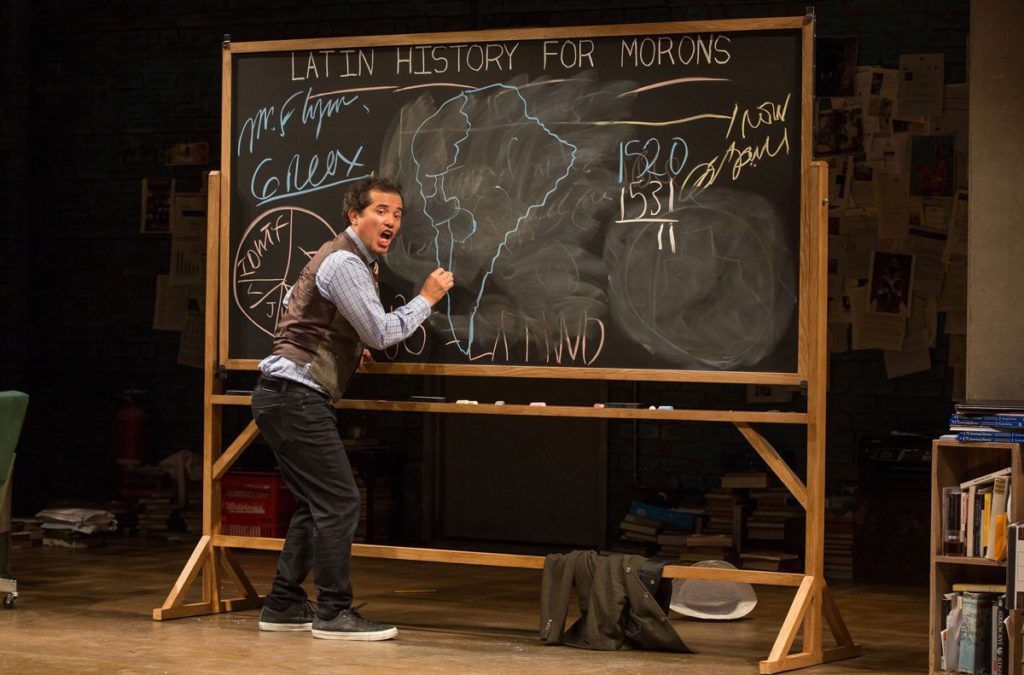 Following its recent Tony Award-nominated Broadway run at Studio 54, John Leguizamo’s one-man play Latin History for Morons will embark on a North American tour, launching at the Apollo Theater in Harlem, New York, on June 20, 2019. The critically acclaimed production will travel to more than 15 cities across North America, including stops in Atlanta, Dallas, Miami, Minneapolis, Philadelphia, San Antonio and a seven-week engagement at the Ahmanson Theatre in Los Angeles.

“I grew up without seeing people who looked like me on screen, on stage, or in textbooks,” said Leguizamo, in a statement. “Latinx people have been kept outta the conversation for centuries, and it’s ‘bout time y’all hear what we gotta say! No matter who you are, this is your chance to come out and finally get your degree from a ghetto scholar!”

Latin History for Morons is inspired by the near total absence of Latinos from his son’s American History books. John Leguizamo embarks on an outrageously funny, frenzied search to find a Latin hero for his son’s school history project. From a mad recap of the Aztec empire to stories of unknown Latin patriots of the Revolutionary War and beyond, Leguizamo breaks down the 3,000 years between the Mayans and Pitbull into 110 irreverent and uncensored minutes above and beyond his unique style.

Directed by Tony Taccone, Latin History for Morons had its world premiere at Berkeley Repertory Theatre, followed by its New York premiere at The Public Theater. The play concluded its successful run on Broadway on February 25, 2018. The original 16-week engagement was extended an additional three weeks on opening night, November 15, 2017.