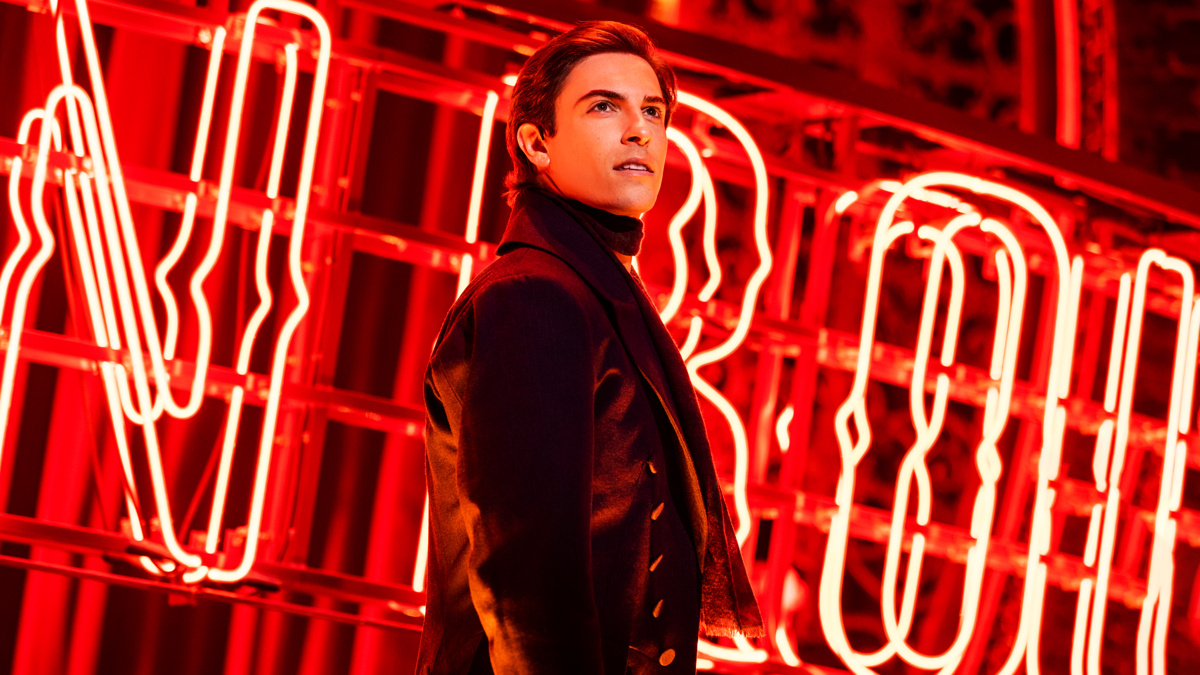 It’s been a spectacular year for Derek Klena. He and wife Elycia just welcomed a baby boy, he stars in Pretty Little Liars: Original Sin, and he joined the cast of the Tony-winning Moulin Rouge! The Musical. Klena met up with host Tamsen Fadal on The Broadway Show to talk about his return to the stage.

“I’m so thrilled to be assuming this role after the iconic Aaron Tveit,” Klena said about the actor who originated the part on Broadway and won a 2020 Tony Award for his performance. “One of my first big auditions in New York City was to be his standby in Catch Me if You Can when I was in college. So, to now be taking over for him after his Tony Award-winning performance—it’s a full circle moment for me.”

Now Klena is starring at the Al Hirschfeld Theatre in Moulin Rouge! and clearly having a wonderful time doing it.”I’m working harder than I’ve ever worked in my life but it’s the most fun to do. I’ll never get sick of doing it,” he said. “It’s just been a ‘pinch me’ year.”

Watch the interview below. Head here to check your local listings for The Broadway Show. Hosted by Fadal, it is the only nationally syndicated weekly theater news program.