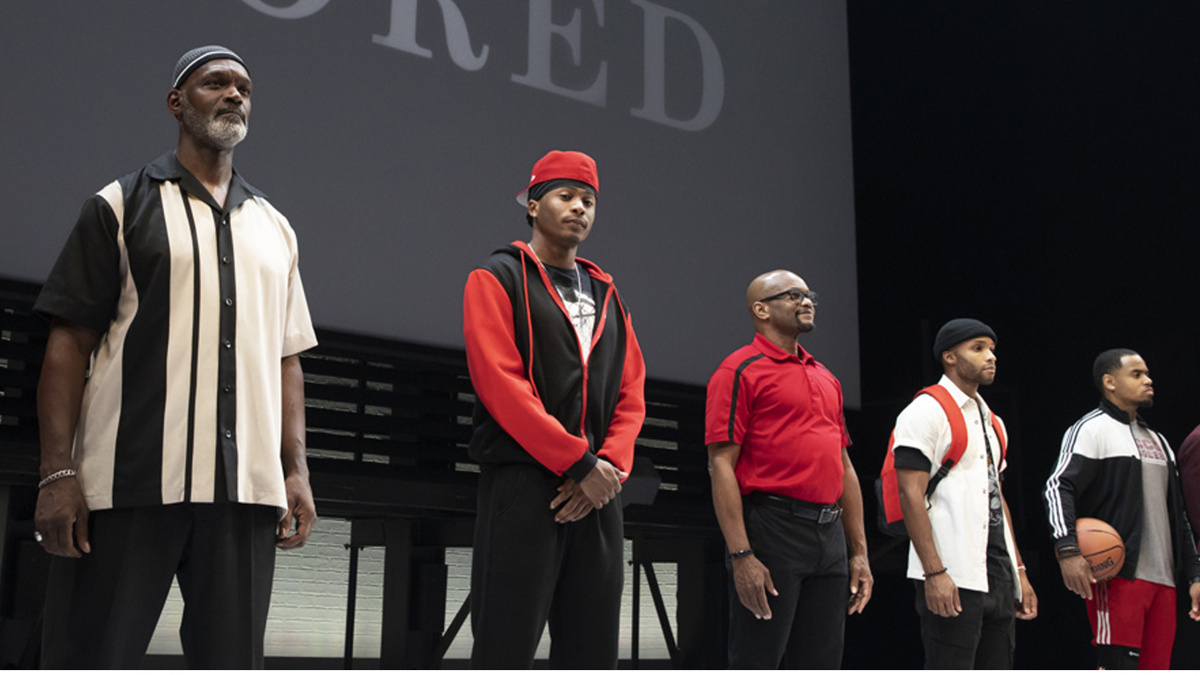 Thoughts of a Colored Man and Company tied for Outstanding Broadway Production at the 33rd Annual GLAAD Media Awards. The New York ceremony was hosted by celebrity Peloton instructor Cody Rigbsy and RuPaul’s Drag Race and Broadway alum Peppermint on May 6.

Thoughts of a Colored Man opened at the John Golden Theatre on October 13, 2021 and ran through December 22. Written by Keenan Scott II and directed by Steve H. Broadnax III, the play takes place over the course of a single day in the pulsing heart of Brooklyn, where the hopes, sorrows, fears, and joys of seven men reverberate far beyond the barbershops and basketball courts of their community. The show weaves spoken word, slam poetry and rhythm into a mosaic of the inner lives of Black men. It had its world premiere at Syracuse Stage in fall of 2019 and went on to play at Baltimore Center Stage later that year.

Company is playing at Broadway’s Bernard B. Jacobs Theatre. Marianne Elliott’s new staging of Stephen Sondheim and George Furth’s musical follows Bobbie (Bobby in the original) upon her 35th birthday party as her friends begin to wonder why she isn’t married, why she can’t find the right man and why she hasn’t settled down to start a family. The musical features iconic songs including “The Ladies Who Lunch,” “Being Alive,” “Side by Side” and “You Could Drive a Person Crazy.” The production received nine Tony Award nominations, including a nod for Best Revival of a Musical.