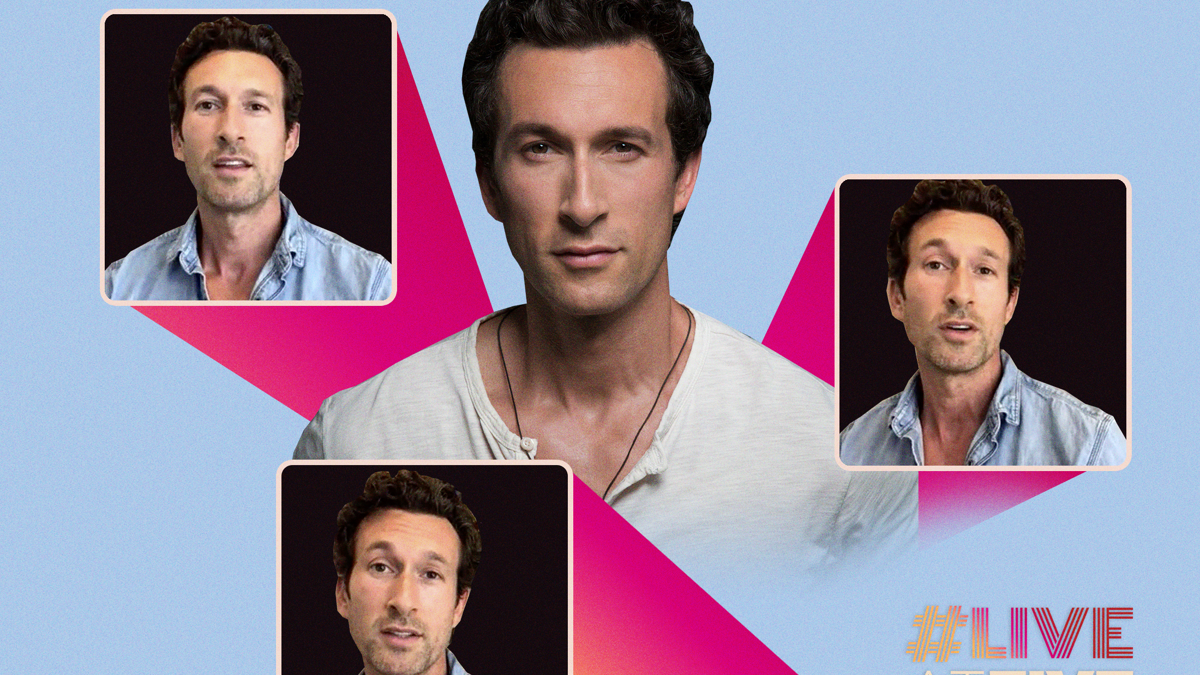 Want Your Favorite Broadway Stars to Sing You to Sleep? Aaron Lazar Has Got It Covered

Aaron Lazar wants to help you to fall asleep. Lazar, who was most recently seen as Larry Murphy on the Dear Evan Hansen national tour, has announced his new project, Broadway Lullabies, an album full of your favorite Broadway stars singing the sweetest drift-off-to-sleep songs. Lazar stopped by Broadway.com’s #LiveatFive: Home Edition to share what inspired the album and talked about working on the upcoming TV show Filthy Rich.

With a goal of raising $15,000, Broadway Lullabies is an independent project dependant on Kickstarter fan contributions. “I thought about bringing this to a label and raising money, but I wanted to see if people wanted it,” Lazar told Paul Wontorek. “I pitched the idea to enough people, and it felt like the right concept. People were super heartfelt about it. I’m just curious to see if the Broadway fans are interested in it too. If people donate, there’s a lot of prizes too. You can get Broadway stars leaving you voicemails and doing Zoom calls with you. Once we finish recording it, we’ll send it to folks who make a certain donation a month before anybody else gets it. We’re really open to feedback and ideas because we want it to be fun for everyone.”

With two children of his own, Lazar was inspired to create the upcoming album by their new nightly ritual. “I’ve been singing them to sleep, especially during the pandemic,” he said. “There were some anxiety issues, the little guy was panicking. There was a lot of stress for them, so I was singing ‘Till There was You’ from Music Man into ‘When You Wish Upon a Star,’ and they’d fall asleep. I thought it might be a cool album someday. I’m really excited about this. I just keep thinking about how we keep Broadway alive right now. I’m grateful to anybody that can go to our Kickstarter and check it out.”

Among the Broadway stars lending their voices to the album is Corey Cott, who Lazar co-stars with in the upcoming TV show Filthy Rich. “There might be a tune that we sing together on the show,” he said. “I don’t know if I’m allowed to say anything, but I can say that maybe we will. I love that guy, he’s become a buddy of mine. He’s a great actor, an unbelievable singer and an amazing father and husband. I’m excited to have him on the album and for everyone to hear it.”

Hear Lazar talk about who he wants to sing him to sleep and more in the full episode below!